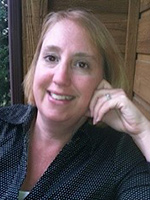 Rebecca Posusta received her B.A. and M.A. in English Literature from Georgia State University in Atlanta, Georgia. In 2008, she joined the faculty at UCCS as a literature instructor and was promoted to Senior Instructor in 2013. She teaches a variety of introductory courses in literature, including an essential and required Introduction to Literary Studies course; British literature of the seventeenth and eighteenth century; Postcolonial literature; an Inclusivity course for the Compass Curriculum on Global Women Story Tellers and a Sustainability course on Environmental Stewardship and the Management of the Estate in literature. In 2012, she also became an instructor in the Humanities program and has taught courses on Jane Austen and Charles Dickens along with faculty from the History Department. In 2015, Rebecca took a group of students to England for a 12-day Study Abroad course on Jane Austen, a travel course she hopes to repeat many times in the future. An ardent fan of Jane Austen, she has been a long time member of the Jane Austen Society of North America and served as Regional Coordinator for the Pikes Peak Region from 2013-2017.

"Architecture of the Mind and Place in Jane Austen's Persuasion." Critical Surveys: Locations of Austen.